By Cryptids, Anomalies, and the Paranormal Society (other events)

The building was originally built in 1877, and has been a living quarters, general store, blacksmith shop, dance hall, bar, and now a gentlemen's club. There have been four confirmed deaths in the building, one is a previous owner who took their own life in 1970, and the other three were small children that died in a fire in 1987.

The staff have had personal experiences ranging from hearing a male voice, seen a tall man with a hat, being touched, lights turning on and off by themselves, objects moving, and doors opening and closing on their own.

The CAPS Team has investigated the building and found some of these claims to be true.

NOW, it's YOUR TURN!

CAPS will be leading investigation tours of Beansnappers

You will have almost full access to investigate the building with the CAPS Team and Representatives from Beansnappers.

The tour will be broken into smaller groups and taken to different areas of the building to investigate. You will be able to see the first floor and second floor on the main tour.

Due to the limited amount of space in the basement and the difficulty of access there will be an additional fee and much smaller group allowed to investigate there. 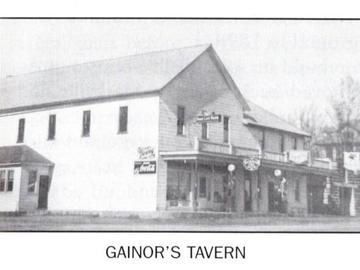 Ages 18 and up, Adult contet in the building

Cryptids, Anomalies, and the Paranormal Society

other events by this organization